The Aran Islands are located just off Galway and Doolin. A true Irish experience awaits, and locals speak Irish as well as English in a setting of Celtic churches and beautiful scenery, including World Heritage Site Dun Aonghasa which is set on a dramatic 300 ft cliff edge. The Aran Islands are a great choice for a special holiday or break and there are various accommodation options.

This island lies 8 kilometres off the coast. Inisheer has probably been inhabited for 5,000 years but the earliest evidence of civilisation is at Cnoc Raithní, a Bronze Age burial mound dating from 1500BC. Nearby are Teampall Chaomhán, a Medieval church ruin and the 16th Century Caisleán Uí Bhríain, a three storey tower house built within a Stone Age fort. To the north of the island are vistas of Connemara, the eastern shore has views of the Cliffs of Moher and the Burren.

Located in the middle, it is around three miles long by a mile wide and is said to be the most unchanged of the Aran Islands. It has an exceptional range of flora, including orchids, gentian, sea thrift, honeysuckle, harebells, burnet rose, bloody cranesbill and many more. Being the quietest of the Aran Islands it a great place to escape the crowds and enjoy its nature.

The largest of the Aran Islands attracting visitors to its rugged shores for generations. The island is an extension of the Burren landscape, where limestone pavements crisscrossed with grikes, host a variety of wild flowers. The landscape of Inishmore is a patchwork of fields hemmed in by ancient dry-stone walls. 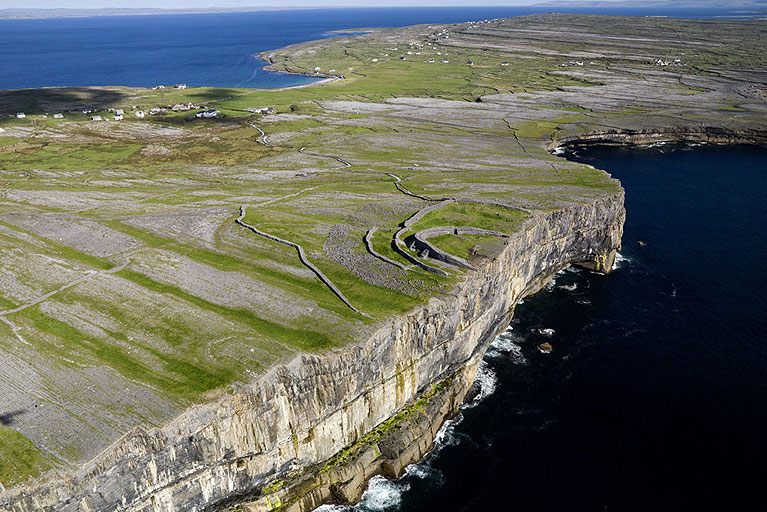 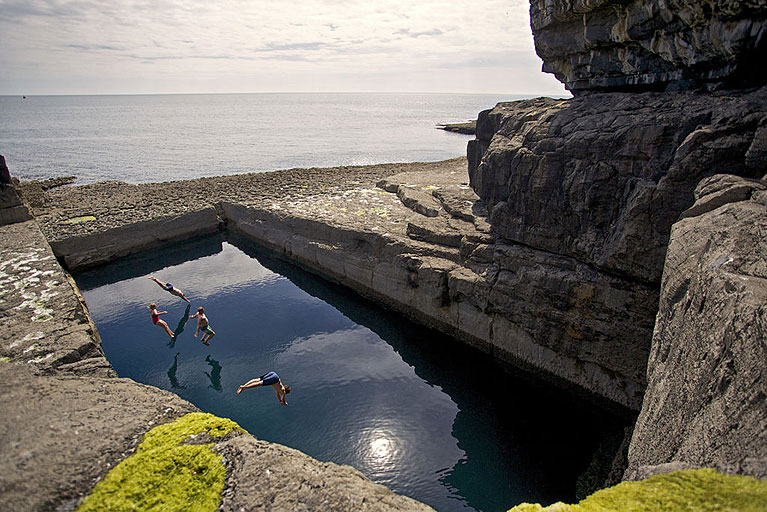